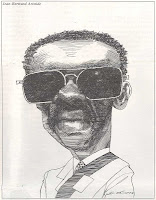 Jean Dominique is a Haitian journalist who was assassinated in April 3, 2000. For the past thirteen years judges and the Attorneys General of Haiti who were in charge of the case, were victims of intimidation, sabotage and forced resignation by members of the former Aristide Administration trying to protect the killers (see: http://www.haitipolicy.org/content/178.htm ).  Meanwhile many witnesses to the Dominique killing over the years were targeted and killed (see: http://www.alterpresse.org/spip.php?article14345  ).

After the killing of many Haitian journalists, for the first time in twenty-five years a judge, Ivickel Dabresil, has had the courage to pursue this important investigation into the Jean Dominique assassination to bring those responsible to justice and put an end to impunity. It is in this context for the past three months that Judge Dabresil summoned for interrogation former Prime Minister Yvon Neptune, former Fanmi Lavalas Senator Danny Toussaint and former President Rene Preval. 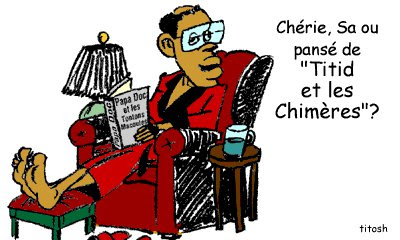 On May 8, 2013, former President Jean Bertrand Aristide was summoned by the Judge.  One of the investigative scenarios named former President as a suspect in the killing of Jean Dominique. According to that scenario, he ordered Dominique killed for two reasons: first, Dominique was a harsh critic of the corruption and abuse of power by Aristide; and second, with the support of President Preval, Dominique was going to be a candidate with the political organization Koze Pep in the November 2000 Presidential elections, for more see the following two links:


After receiving the judge’s summon, the Aristide machine swung into action lobbying in Haiti and overseas attempting to politicize and undermine these judicial proceeding by creating a political diversion.  While his well-paid lobbyists are trying to make it about his return in politics, in Haiti, the debate this week is not political but legal. The foreign lobbyists continue to attempt to undermine Haiti’s judicial system. Many readers may recall that with Haitian tax payers money, Jean Bertrand Aristide made Ira Kurzban, board member of the Miami Herald, and Brian Concannon of Institute of Democracy and Justice, millionaires (see: http://www.haitipolicy.org/Lobbying7.htm  ).  There is only one central question that the Haitians and their judicial system are trying to answer after thirteen years: Who killed journalist Jean Dominique?

Toussaint, Neptune and Preval have responded peacefully and have cooperated with the judge summon. They each separately answered the judge’s questions for hours. 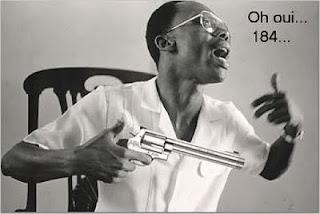 Jean Bertrand Aristide’s behavior toward these judicial proceedings was completely different. Aristide has always acted as if that he is above the law in Haiti.  Last January, after the victims of his cooperative scheme who stole millions filed a complaint with the office of the Attorney General Lucmane Delile, Aristide refused to respond to the legal summon. With threats and violence, Aristide forced the Attorney General to come to his house making a mockery of Haiti’s judicial system (see: http://www.alterpresse.org/spip.php?article13915#.UZRoKGDgIzY ).

He wanted to do the same with judge Dabresil. On May 7, 2013 he tried to intimidate the judge and the judicial system of Haiti by dispatching 300 paid chimeres (thugs) of his party Fanmi Lavalas into the streets to lead violent demonstrations in the streets of Port-au-Prince (see: http://lematinhaiti.com/contenu.php?idtexte=35715&idtypetexte ).  Aristide’s violence did not intimidate the judge who did not budge from his position.

Again in order to intimidate the judge, on Wednesday, May 8, 2013, Aristide and his Fanmi Lavalas party turned the summons into a political rally in front of the judge’s offices where hundreds turned out to protest. With courage, the judge did not cede to these political pressures and acts of intimidation and violence of Aristide’s chimeres. Rather, Judge Dabresil interrogated Jean Bertrand Aristide for several hours. Again that day supporters of Aristide used violence. Journalist Henry Frantz Delice of Radio-Tele Ginen was one of the victims of Aristide’s chimeres. They also attacked the offices of radio-tele Ginen.  These acts of violence against the press were condemned by the National Association of Haitian Media (ANMH) led by Lilianne Pierre Paul. For more details see the following two links:

The majority of Haitians condemned this violent attitude of Jean Bertrand Aristide and his Fanmi Lavalas party toward Haiti’s judicial system. After these events many Haitians believe that Aristide has become the prime suspect behind the killers. The widow of Jean Dominique, Michele Montas, has stated to Reuters this week that Aristide knows who killed her husband.  In a previous interview she stated:

“ the Haitian police arrested Port au Prince former deputy mayor, Harold Severe, a member of President Aristide's cabinet, as well as Rouspide Petion, alias Douze for their alleged involvement in the murder of Jean Dominique. Harold Severe had been indicted on January 28, 2003 by instructing judge Bernard St Vil but his name was, at the last minute, taken out of the judge's final report.” (see: http://www.potomitan.info/vedrine/dominique.php )

This week, the antidemocratic behavior of Aristide has also refreshed the memory of many Haitians. They recall that during the period 2000-2004 Jean Bertrand Aristide was considered by Reporters Without Borders www.rsf.org as one of the 38 presidents considered as predators of press freedom around the world. For more details on the repression of the government of Jean Bertrand Aristide and his Fanmi Lavalas party against Haitian journalists and the Haitian press in general during that period check the following links:

Repression and the killing of political opponents was so bad under Aristide that Haitian Senator Irvelt Chery wrote a letter to all Attorneys General of the country to ask them to trigger judicial actions against the perpetrators for those various crimes (see: http://www.haitian-truth.org/28-fevrier-2004-1013-neuf-ans-apres-la-demission-du-dictateur-jean-betrand-aristide-toujours-pas-de-justice-pour-les-victimes-de-la-repression-lavalas/ ).

Finally, Haitians hope that their judicial system will find and punish the killers who murdered not only Jean Dominique, but those that killed journalist Brignol Lindor, Jacques Roche and Georges Honorat.  Judges will not back down in the face of threats by violent anarchists.  This brave action by one judge signals hope for the Haitian people that Haiti could transition into a country that follows the rule of law over the rule of one man.
Posted by Haiti Sondage & Enquetes at 10:08 PM 1 comment: